The Hanover State Opera is one of the world’s largest operas. The late classical house was built from 1845 to 1852. It initially served as a royal court theatre as the king deemed the castle theatre too small. The late classical building with its two large wings has a balcony facing the Georgstrasse on which stone-carved figures of poets and composers stand proud. 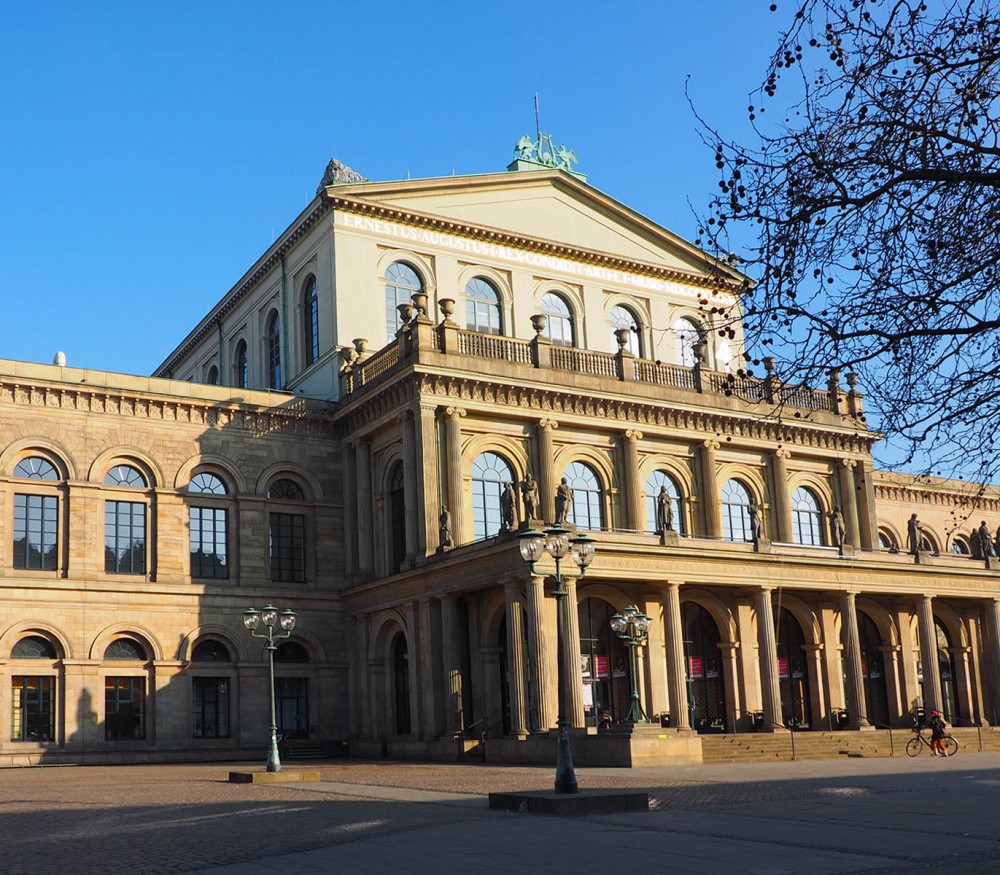